Can You Be Deported for a DUI in Canada?

Home > Blog  > Can You Be Deported for a DUI in Canada?
0 Comments

Can You Be Deported for a DUI in Canada? 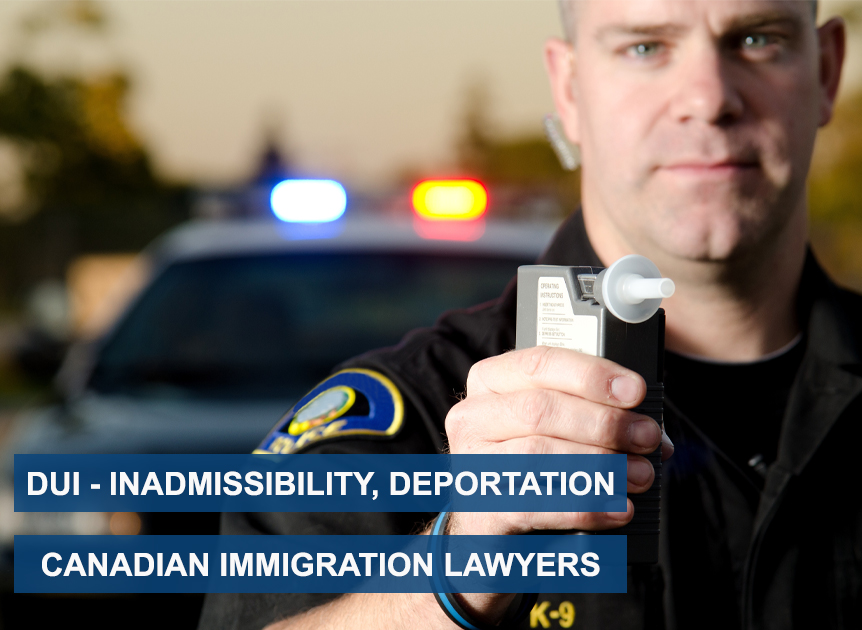 In late 2018, new laws took effect in Canada to increase the punishments for people who drive under the influence of drugs or alcohol. These new punishments make Canada’s DUI laws some of the strictest in the world. Foreign nationals living in Canada are particularly impacted by this new law and may face deportation with these charges. A Mississauga immigration lawyer can help.

What Stricter Laws Mean for Both Citizens and Foreign Nationals

There are changes to Canada’s new impaired driving laws that affect all drivers, citizens or not. For example, police officers can now demand alcohol screenings for any driver, even without reasonable suspicion. Drivers must submit to the test or face criminal charges for refusing it.

The new laws have also significantly increased the penalties for impaired driving charges. On the first offence, drivers face the following fines:

Drivers also face imprisonment for impaired driving. The amount of time a person may be sentenced to depends on whether or not someone was hurt due to the impaired driving, and the type of conviction the defendant receives:

In Canada, foreign nationals can face deportation if they demonstrate a legal standard known as “serious criminality,” as defined by the Immigration and Refugee Protection Act (IRPA) 36 (1). Under this law, any offence that carries a maximum sentence of up to 10 years constitutes serious criminality. If a temporary or permanent resident is charged with any crime that fits this definition, he or she may become inadmissible know as Criminal Inadmissibility. This means that they may face deportation, or may not be allowed to return to Canada if they have already left.

Before these new laws, a first-time impaired driving offence with no bodily harm did not rise to the legal definition of serious criminality, meaning the maximum sentence was five years. However, now first-time offenders who cause no bodily harm face up to 10 years in prison for impaired driving charges. The charge now has the definition of serious criminality, and foreign nationals may face immigration issues in addition to these strict punishments.

If you’re facing deportation or other issues with your immigration status for any reason, you do not have to face this system alone. With high-quality legal representation, you can ensure that your rights are protected. At Nanda & Associate Lawyers, we are prepared to help people in 15 different languages, including French, English, Bangla, Gujarati, Chinese, Hindi, Italian, Tamil, and Telugu. Contact us today to start working with a top Mississauga immigration lawyer.